Before I left Texas, a very close friend and former band mate, David Shaw, told me that sometimes I need to give people more time to understand. We were standing in the backyard talking about the remaining items on my list. It was a day before I put Texas in my rear view, but I'll never forget the thankful feeling as he left me with some advice that he knew I needed.

Even though I'm an educator, and you would think that David's advice would be something always on the front of my mind, personal matters don't process the same way. I've had to reflect on what David told me several times over the last year, settling into Massachusetts with my family.

Will I Ever Learn?

At this point, you must be thinking, "Okay, what brought on this blog post?" I've been sick the past week and a half and had a lot of time to catch up on digital world stuff. Besides updating blogs, YouTube, and making better lessons for my students, I've been reminiscing on the music I've made with so many great people over the years. Now, that I'm back in Massachusetts, it's a new chapter for me musically. 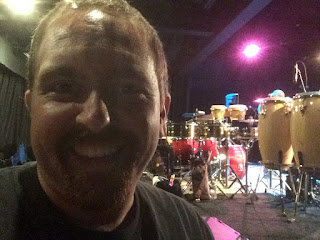 This time, there will be no full calendars and weekend trips with regional legends. It's time to relearn about my voice as a musician. I'll get back to playing gigs with other bands some day, but now it's time to keep it close to home. I'll only play with my band, my music.

I did, however, come up with a few good shares. Thanks to Soundcloud, I was able to find recordings of tracks on albums that I never even received (I got a hard copy of the one below).

I'm excited to share the following song because it reminds me of my struggle to be a dad, husband, educator, and musician all at once. It never worked, as hard as I tried. I learned that much, anyway.

This song was recorded in Denton, TX about six years ago. The guitar player on the track was Rodney Pyeatt. If you don't know who this guy is, do a little Google search and look him up. We played with Mike Ryan for a bit after the album was done. I regret leaving that band, but I had a new career and a new baby. Something had to give.

On the Road Again

I ran into Rodney a few years later in Austin while playing at SXSW with Clay Thrash. I got off the stage after having to listen to sophomoric performers complain about tempos. The fact of the matter was that they didn't have much experience playing full band in shitty bars, and the feel was really loose with players tugging in different directions. I was also at the end of my rope with the situation and didn't care much if I played another show with them.

The pic below was right after I packed up my gear. Rodney bought me a beer and we drank and talked. Most importantly, he lifted my spirits. Anyone who knows him would agree that he's great for conversation and good vibes.

One of my regrets was not being able get a band together with him. He was back in Fort Worth at the time and playing around town during the week. It would have been nice. Rodney is high on my list of great musicians who have inspired me to be a good person and musician all at once. 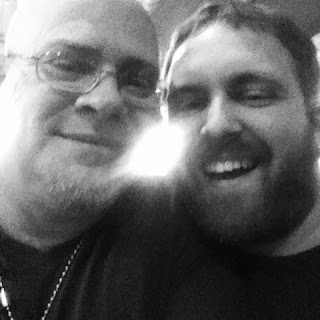 I take this lesson of getting on the road and getting off, however many times I've done that, to the next chapter in my life. Although I'm not on any band's road, I would be a fool to forget what I've learned.