With the car and van loaded – one going to Utah, the other to Massachusetts – Mike and I were ready for our big adventure. Little did we know, it would be bigger than we thought. 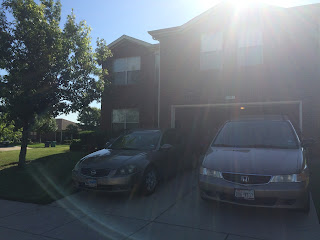 My goal was to drive the car to Massachusetts (so it's there) and to shake hands and show my face in hopes of more luck getting a job.

After a stop for breakfast and one at Best Buy for supplies, we were off to Arkansas  before crossing the Mississippi into Tennessee. Like always, we spent our first night in Nashville. This was when things got exciting, so I'll get right to it.

A truck spit out a chunk of concrete from its trailer axles and it shot right under our car. We had no place to go. All we could do is take it like a champ. And we did.

The gas was leaking out and the gauge running down, but we managed to get off the highway to lick out wounds. Michael was scared at first, which was when I realized that cool heads would prevail – and they did. 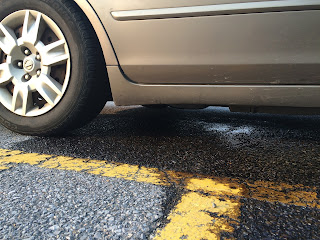 I skipped roadside assistance and called a tow truck. The driver recommended a garage where we learned about the extent of the damage. 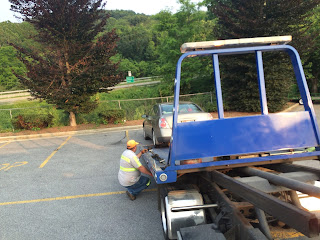 Luckily, my insurance company had a guaranteed garage down the street from the first garage. A few days later, we learned that the car could be fixed and all we had to pay was the deductible.

Auntie Diane and Uncle Mark came to the rescue and the rest was fun and family, the way it should be. 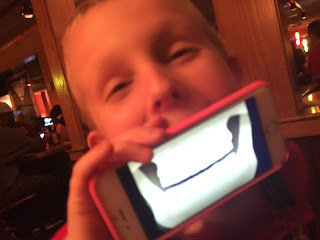 Auntie Diane had an extra vehicle, so we set off to Massachusetts. 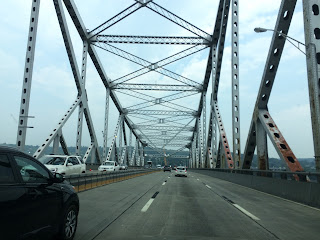 We saw a lot of things along the way, like this block wall that looked like something from Minecraft. We also saw the aftermath of a high-speed motorcycle accident but didn't stop to take any pictures. 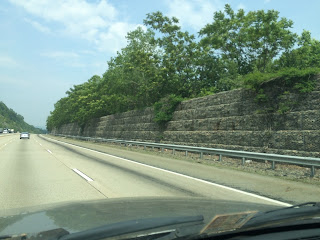 After a week in Massachusetts – hunting for a job and housing – Michael and I flew to Salt Lake City. It took a ride to the bus from Uncle Joe, a plane ride, a train at DFW, and another plane ride to reunite with Arielle, Andrew, and Karen. 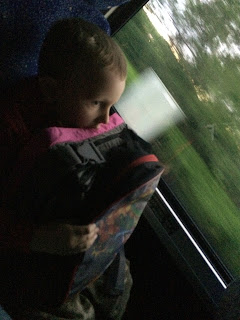 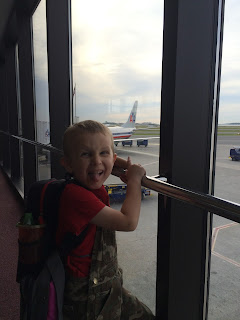 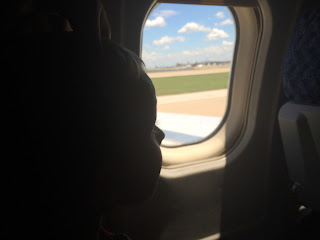 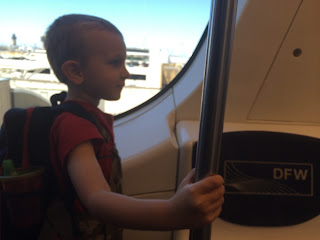 One of the highlights was the view of the Kennecott Mine as we approached for landing. The lake looked awesome, too. 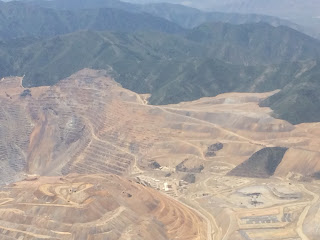 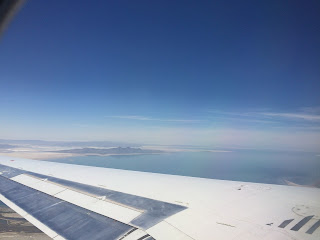